hat does it mean to work in a world where humans are in competition with machines? In a time of zero hour contracts, freelance jobs and austerity, employment values are changing.

Breach Theatre have created a performance that reveals the anxiety many people feel about employment, “we wanted to show that the landscape of employment at the moment is difficult for everyone.” Breach is an imaginative theatre company with a reputation of making politically provocative productions. They have been working together since they met at university: “We didn’t really have any intention to start a company, but wanted to work in theatre, and the company came about naturally through different collaborative projects we were working on at the time”, says Billy Barrett one of the directors of Breach.

Their past productions have a political intent, and their commissioned performance for Fair Field ‘The Ploughing of the Half Acre’ is no different. With socially relevant topics such as worker’s rights, freelance contracts and incapacity benefits, Breach’s work is necessary at a time when unemployment is high and work conditions are poor. 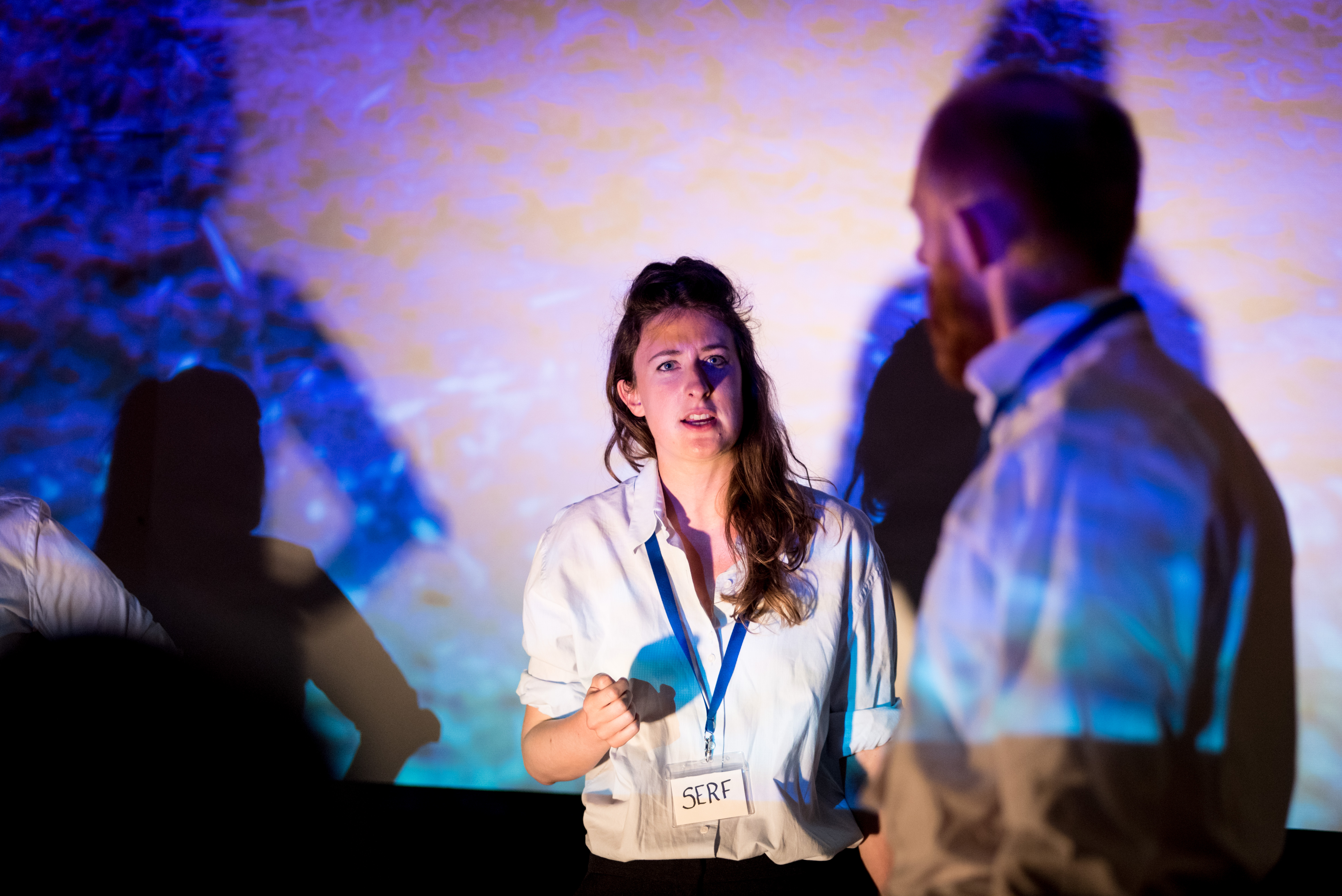 “It’s difficult to get jobs and for the jobs to pay”, says Ellice Stevens, one of the company’s actors, “unless you leave university and get on a graduate scheme, the idea of looking forward and planning for the future is impossible. I can’t even think about when I can own a hamster, let alone a house … it’s difficult for someone working in precarious jobs and this is what we wanted to elicit with Will’s character.”

Their performance speaks to a generation living in unstable times, through the lens of a medieval dream-vision where the protagonist Will is a freelance web developer.

“If Will is the everyman of the medieval world, who would he be now? Well, we felt he should be someone who doesn’t have a very stable job.”

One of the key political issues in Breach’s performance is a debate about incapacity benefits, and different people’s abilities to work. “There is a debate in the poem about who is allowed to work, and who is allowed to reap the rewards of the harvest without doing the physical labour and we wanted to turn this discussion into a debate on stage.”

Breach don’t force feed the audience with a political message. Instead, they use stylised movement and film to convey ideas about work. “We wanted to represent the ploughing without miming, so we looked at the idea of getting the performers physically exhausted on stage to show the limits of what a human body can do and how that relates to the idea of being overworked.”

There is a significant difference between the manual act of ploughing the land in Langland’s time and automated modern farming. “The footage of butchers and farmers in Ledbury, projected throughout the performance, showed how automation has effected employment in agriculture.”

The modern reality of people being replaced by machines in farming, supermarkets, and train stations, implicit in the performance, leaves the audience questioning the future of employment in a society where a machine ploughs the land.

Above all, the show stays true to Breach’s belief that theatre-makers have an obligation to make politically-minded work.

“We see theatre as a way of advocating for social change. I think all theatre and art comes from a political context, but we chose to explicitly engage with that political context rather than let the politics be implicit. In some way it’s a way to stay sane. Engaging with politics through art can feel like you’re doing something productive, and can hopefully open a space for the audience, and the collaborators you work with, to think about current political issues. There is definitely an obligation for artists to engage in politics; to ignore that obligation is dangerous. I would encourage every theatre company working at the moment to think politically, and to not be afraid to explore politics in their work.”

Sophie Fenella is Poet in Residence for Fair Field in a collaboration between Penned in the Margins and The Poetry School. Follow @sophiefenella on Twitter for Piers Plowman-related micro-poems. Breach Theatre have created ‘The Ploughing of the Half-Acre’ moment as part of Fair Field, and will perform it for a second time at Shoreditch Town Hall on 8 July 2017.