An exquisite early manuscript of the medieval poem Piers Plowman has been announced as the centrepiece of ‘A Fair Field Full of Folk’, opening today at Southbank Centre's National Poetry Library.

ritten 650 years ago by Herefordshire poet William Langland, the 7,000-line Middle English poem Piers Plowman is being brought to life for twenty-first century audiences in an innovative arts project that also features site-responsive performances in Ledbury, London and the Malvern Hills, workshops in primary schools and online resources. The exhibition presents items and artefacts that explore the medieval poetic imagination alongside two new artworks: an intricate paper sculpture by Nicola Jedrzejczak & a video installation by Larry Achiampong. 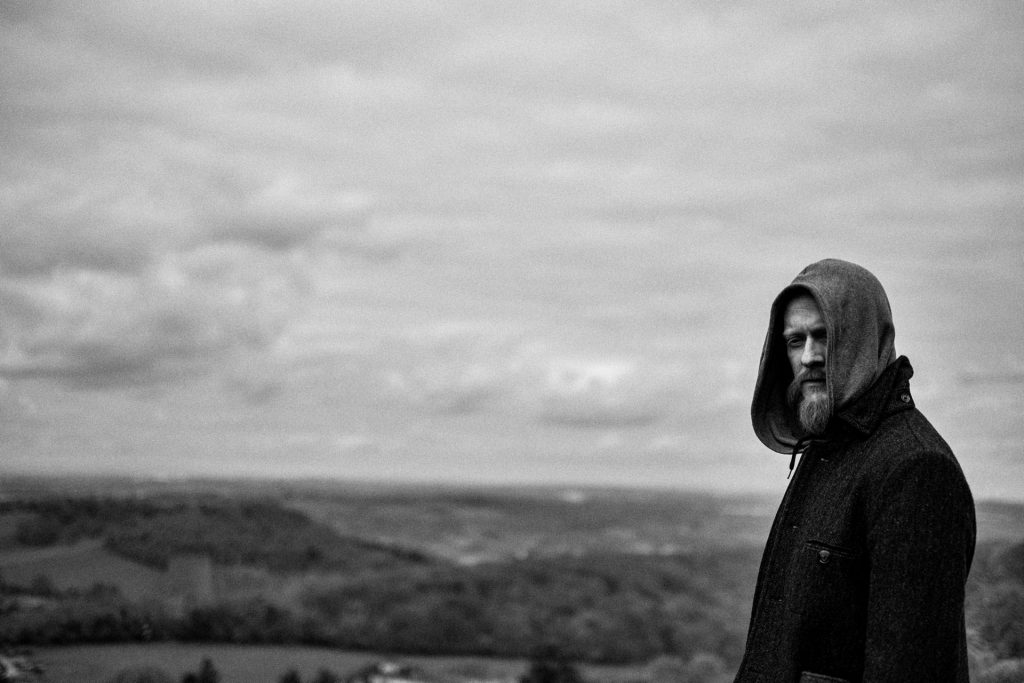 Robin Berry as Will, the Dreamer – photograph by Matt Hass

Join Will as he falls asleep in the Malvern Hills, dreams of a “fair field full of folk” and embarks on a quest to find Truth. Enter the psychedelic dreamscape of Piers Plowman; a world of inequality, political corruption and spiritual crisis uncannily like our own. The performances draw on five key moments from this epic poem, and will feature theatre, poetry, film and music. The first moment will invite audiences to walk into the Malvern Hills for an outdoor spectacle, returning the poem to its roots in rural Herefordshire, before transferring to Shoreditch – London’s original suburb of sin.

A fair feeld ful of folk fond I ther bitwene –
Of alle manere of men, the meene and the riche,
Werchynge and wandrynge as the world asketh.

Fair Field is Penned in the Margins’ most ambitious live literature project to date, and is the first time that Piers Plowman has been explored in this way. The performances will feature new and original work by Breach Theatre, Annette Brook, Tom Chivers, Steve Ely, Nick Field, Francesca Millican-Slater, The Society of Strange and Ancient Instruments and Ross Sutherland. Piers Plowman is as complex, witty and brilliant as The Canterbury Tales, though less well known. Fair Field will restore this important work of medieval English literature to its rightful place – out of the academy and into the modern imagination.

Explore Piers Plowman through items and artefacts that bring the medieval world to life, alongside a curated display from The National Poetry Library’s collection showing how contemporary writers from Seamus Heaney to Patience Agbabi draw inspiration from medieval poetry. The exhibition features new artworks in response to Piers by Larry Achiampong and Nicola Jedrzejczak, as well as an exquisite early manuscript of the poem loaned courtesy of Senate House Library, University of London. The exhibition is on at Southbank Centre’s National Poetry Library and is free and open to the public Tuesday – Sunday, 11am – 8pm.