Last autumn, Breach Theatre spent a week in the Malvern Hills with a group of artists from different disciplines to explore the medieval dream-vision Piers Plowman

f you were fortunate enough to go through ‘the Chaucer Experience’ at school, you will remember that it is difficult to understand more than three words of any given medieval sentence, let alone the whole text. I had understood the gist of William Langland’s epic poem Piers Plowman thanks to the introduction to my edition, and with the help of Melvyn Bragg I more or less understood the historical context. But was I really supposed to understand that when Langland spoke of ‘reckless renks’ he meant benefit scroungers, and the ‘deules dysors’ he was referring to were in fact obscene storytellers?

In the lead-up to the research and development residency organised by Penned in the Margins, I knew that the homework I had done on Piers would not be enough to convince myself, or the others, that I truly had a grip on the 380-page dream-vision. Fortunately, we weren’t expected to unpick all of what Langland was going on about, because we had the internationally-renowned Piers Plowman scholar Dr Lawrence Warner on board. Lawrence has devoted his life to learning and interpreting medieval English (not to mention perfecting the accent) so we didn’t have to. 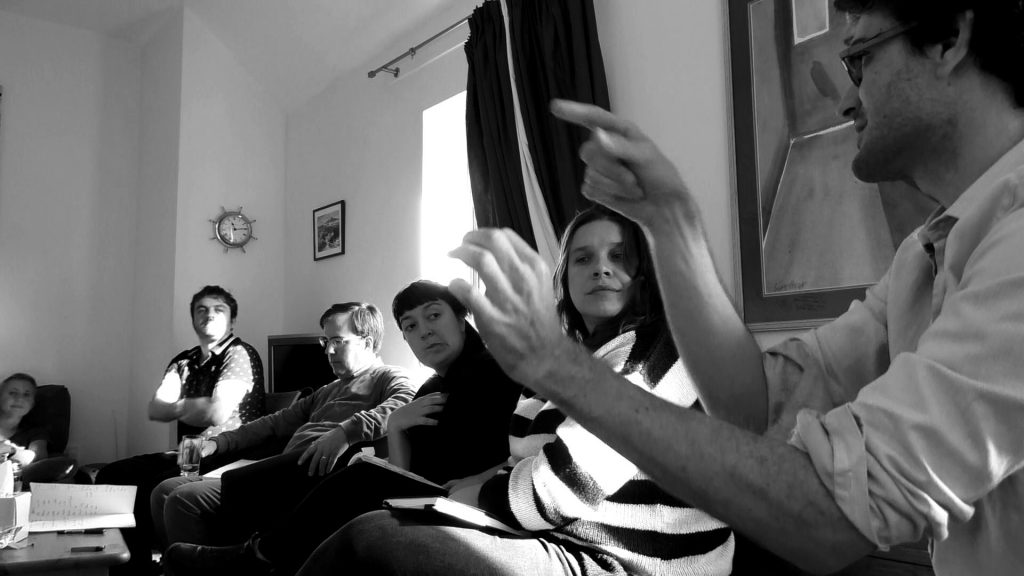 For the first part of the week we were guided through a close reading of certain sections of the poem. We pulled apart the words, dug in to the subtleties of this dense, ancient text, and began to interpret it in the context of 21st century Britain. As it turns out, in many ways the 14th century wasn’t so different from today. I can recall discussions of the text leading to conversations about austerity, the environmental apocalypse, and of course (as with every conversation lasting longer than 5 minutes in 2016), Brexit.

We made it to the second part of the week with a copy of Piers that was full of notes and a recycling bin full of empty wine bottles. At this point, in our respective groups, we chose a section of the text that most interested us, and began to play around with ideas for what kind of artistic response we may develop for the production of Fair Field.

Ellice, Billy and I were drawn to the section of the poem called ‘The Ploughing of the Half Acre’, which throws up all kinds of questions around people’s productivity in relation to their social worth. We became interested in how this relates to the mechanisation of industrial labour, particularly in the context of farming, and the impact that automated machinery has on various workforces. Incredibly, we found that the notion of ‘the hard worker’ vs ‘the slacker’ had already emerged by the time Langland was writing, 650 years ago, and it seems that some of the characters in Piers had the same obsession with people’s ‘worth’ that the Tories have today.

From these discussions came the idea that we would make a multimedia show that combines a dramatic retelling from Piers Plowman with original film tracing the journey of modern food from field to fork. 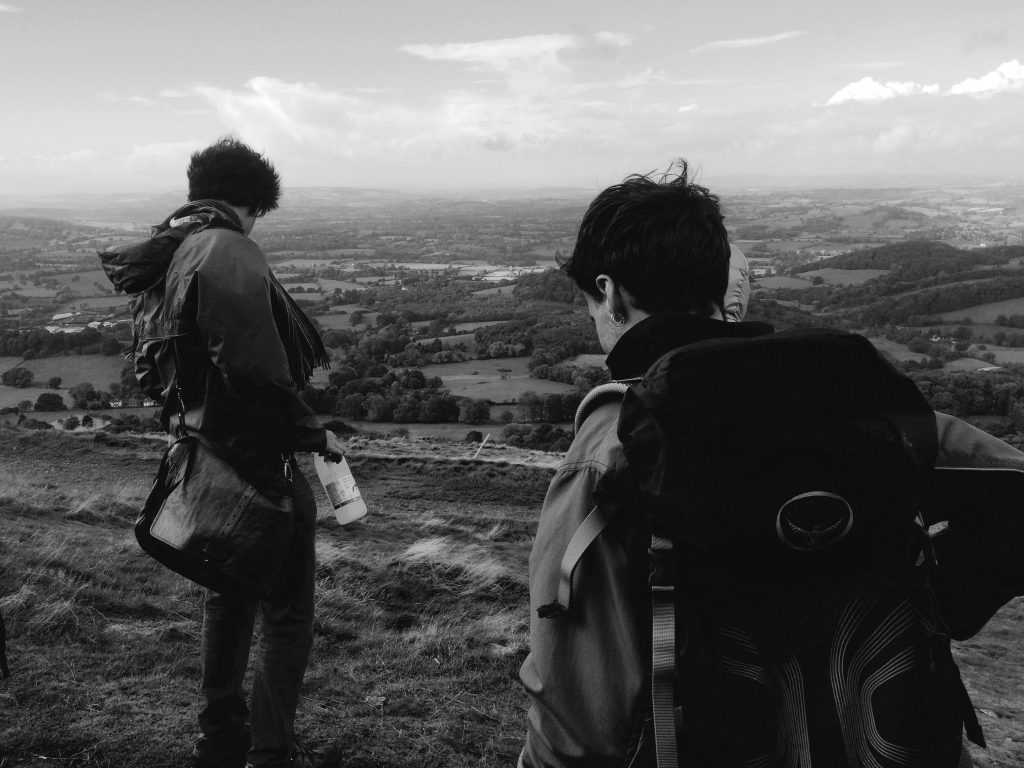 Fast forward six months, and I have now spent time filming in Ledbury, Herefordshire with a local butcher, Wallers and Sons, and with two local farmers who supply Dave Waller with his meat. The next step of the process will be finding and filming industrial-scale farms, processing factories and supermarkets, who are proving to be less inviting that Dave was.

Then, in a few weeks from now, we will work through the footage, and go into the R&D process to develop a dramatic retelling of ‘The Ploughing of the Half Acre’. Right now I can’t say exactly what the show will end up looking like, but I can confirm there will be kitsch medieval costumes and slow-motion footage of a sausage machine.

Breach is an award-winning multimedia theatre company creating socially engaged, formally innovative live performances that blend subtle humour with a sharp political edge. Breach’s work to date has explored reworking history through performance – from a 1980s riot in a Wiltshire field to a 1960s experiment into teaching dolphins English.